This Bentley Mk VI is a rare example of an exceptionally good, early Bentley Mk VI. Its first owner was Mr. Edward (Teddy) Rosen who joined Marconi in the Post Office Wireless Department in 1911. During World War I he joined the Royal Flying Corps where he serviced radios. In 1920 he founded Ultra Electric Limited where he was keen on delivering quality radio sets at a reasonable price. During World War II, Ultra turned production over to equipment for the war effort including manufacturing parts for the De Havilland Mosquito. At the 1947 British Industries Fair (Olympia, Ground Floor, Stand No. C.1507) Ultra Electric Limited offered ‘Ultra’ Radios, Radiograms, Television Receivers, Aeronautical Radio and Inter-Communication Equipment and Actuators and Aircraft Components. In August 1948 Teddy purchased B152DA and this is the Bentley Mk VI for sale.

The Bentley Mark VI 4-door standard steel sports saloon was announced in May 1946 and produced until 1952. Still sold as the Silent Sports Car, these very expensive cars were a genuine success and today they can offer you an exceptionally fine and fast drive providing the car is in very good order. John Blatchley (head of the talented team at Crewe responsible for the styling) designed an almost perfectly proportioned, quintessentially British motorcar. That indefinable Englishness with high style that nonetheless never ran into brashness or excess. Their long-term weakness lay in the inferior steels forced on them by government’s post-war controls. The lamentable consequence of this is, that few thoroughly good early ones remain, which makes B152DA a rare proposition. Phrases like “few cars lend themselves so well to the creation of modified and fast special tourers as the Bentley Mark VI” say it all. My Bentley Mk VI is for sale after giving our family years of reliable pleasure. Too many hobbies and too little time.

The date of original registration is 17th August 1948 and the first registration number was JYP 97 which Teddy had transferred when he bought a big bore small boot MkVI. B152DA has a very torquey 4¼ Litre, F-head, Straight Six engine (4,257 cc) with overhead inlet and side exhaust valves and a pair of SU carburetors. Its engine has been referred to as ‘very sprightly’ with the 4¼ widely considered to be ‘sweeter’ than the 4½ engine. This small bore small boot Bentley never had spats (assembly points are absent) nor did it have chrome trim on the sides. Bling simply wouldn’t do in post war Britain, gone are the days. It has the rare and oh so comfortable front seats with side panels to give you support in corners, the rear bench (arm rest can be deployed) is a sofa in motion. All seats have single panel leather (plain not piped) which were Connollised as was the fashion. There are no back-seat picnic trays or chrome grab handles. It is quite rare to have the long chrome handle for operating the drop glass quick release on both driver and passenger door (on the latter it became a wind up handle). The chrome edge of the drop glass descends into the door on lowering it. This car has the original leather luggage straps which are as rare as hen’s teeth, that said, this doesn’t make the slightest bit of difference to how well it drives. The Bentley Mk VI for sale has always been garaged and resides inside a ventilated Carcoon Veloce. Beyond meticulous A and B schedule services, much work has been done over the years which is listed below.

In my quest to find a very good, completely unmolested Mk VI, I was much helped by Ashley James (who restored several Mk6s to perfection) and it was ultimately Gary Bretherton (the Rolls Royce and Bentley surveyor used by P&A Wood and other top dealers) who sourced B152DA. His work, after me purchasing it, confirmed just what exceptional condition this car was in and that the low recorded mileage of 58,783 would seem accurate. My aim for B152DA was to be able to drive this Silent Sports Car  in the way Bentley’s were meant to be driven (not slow and in reliable safety). Mechanically this has to be one of the best early Bentley Mk VI cars. Between Norman Geeson seeing to her rear axle (including a 3.4 to 1 differential which he states alters the final drive ratio to 74 mph at 3,000 rpm) and a complete engine/cooling overhaul by Richard James, I briefly  allowed B152DA to run 90 mph (TomTom GPS) and there was plenty more in her with perfectly balanced handling. No, it’s not really a sports car -occupants enjoy too much comfort for that classification- yet this unquestionably is a driver’s car. Installing Harvey Bailey Engineering anti-roll bars at both front and back certainly added to the fun of driving. I have driven hundreds of miles in a day often and this Mk VI is utterly competent in modern traffic. The 3.4:1 diff helps this Mk VI to be as economic on fuel as heavy modern cars are (e.g. Range Rover). Having all three headlights re-silvered dramatically improved light output which makes driving at night safe and pleasant. No need to heed Joseph Lucas’s quote a gentleman does not motor around after dark.

Yours is a good and interesting car and rare – Ashley James (restored 1951 MkVI JTM 50 and 1952 MkVI KDA 132)
From the work I have carried out I can believe that the mileage is correct but there is not enough history to guarantee this. Despite cosmetic issues and ongoing maintenance, car is very original and sound – Gary Bretherton’s initial survey (Rolls Royce & Bentley Surveyor)

The slider above gives you a fine impression of some of the work that has been carried out on this Bentley Mk VI for sale by acknowledged, British Bentley Mk VI experts. All paper and electronic records to hand will be transferred to a successful buyer of B152DA including high resolution source files of videos like this.

Despite not having driven my Bentley Mk VI much over the last three years, this service was a full A + B Schedule and included the following:

The Bentley Mk VI was prepared for a leisurely trip to the Dordogne via les Route nationale française. It says as much about the Bentley Mk VI as it says about Dan Moore’s maintenance & servicing, that it proceeded 1,600 miles without missing a beat and without using a drop of oil. The average fuel consumption was 16.34mpg (5.74km/L). Sunshine roof fully open, dropglasses down, quarter lights turned to deflect the wind… holiday! The French were very appreciative of our Bentley and were not shy to show it (thumbs up, waves, claxons and lots of smiles). On our homeward stretch, at a Leclerc hypermarche/petrol station, we met a French ‘British Classic Car’ club, so the bonnet went up to look at those shiny carburetors. Where to next year?

Bentley Mk VI for sale for how much 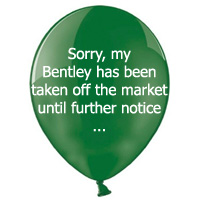 I am open to offers in excess of £40,000.00. Early Bentley Mk VIs are increasing in value and very deservedly so. Rarer Mk VIs that have been cared for, like B152DA has, are more likely to attract a premium. I recently heard of a gentleman with money burning a hole in his pocket who was keen to own a Bentley Mk VI. He purchased one abroad that he didn’t have vetted and paid £38,000.00 for it. Bonne chance mon brave!  It reminded me of me lusting after a good looking big bore small boot Mk VI for which the seller wanted £36,000. This was back in 2010… During the test drive I wasn’t enamoured with the steering, so I had it professionally assessed by P&A Wood in Essex. I took their report to Norman Geeson (who helped B152DA to 3.4:1 differential, refurbished half shafts and new wheel bearings) who read it and, beyond advisory comments on steering, said “well, that’s going to be a £10,000.00 job on the engine”. Ashley James was of a similar opinion, so I let the opportunity pass. A valuable lesson learned… beware travaux non-prévus.

When later in 2010 Ashley rang to tell me that Gary had found a really good 1948 Mk VI, I spluttered based on what I had read about the steering geometry in the early Mk VIs (bollocks, well sorted early Mk VI steering is light once rolling, responsive and not vague). Ashley said “Han, if Gary says it is good, you jump to it”. I am so glad I did. People with miles on the clock and who really know their Bentley Mk VIs have been involved with B152DA: Gary Bretherton, Ashley James, Norman Geeson, (and less miles) Richard James and Daniel Moore. They all know and like my car. I am not interested in letting B152DA go for less than £40K and neither would you be. If you want the delight of a very honest, rare, early Mk VI that circumvents the many pitfalls that outwardly pretty Mk VIs have in store for you, then this is a car you should consider. Cosmetically this 70 years old may not quite be tip top but B152DA drives like an angel out of heaven (bat out of hell if that better reflects your driving style). It is an utterly reliable, fast and safe early Bentley Mk VI that delights its driver and without fail it evokes a smile and a wave from those who see it. This Bentley Mk VI did not attend the 2018 RREC Annual Rally & Concours d’Elegance as this clashes with Henley Women’s Regatta. There is a similar clash of dates in 2019. Please phone +44 (0)1858 464550 to make purchase inquiries.