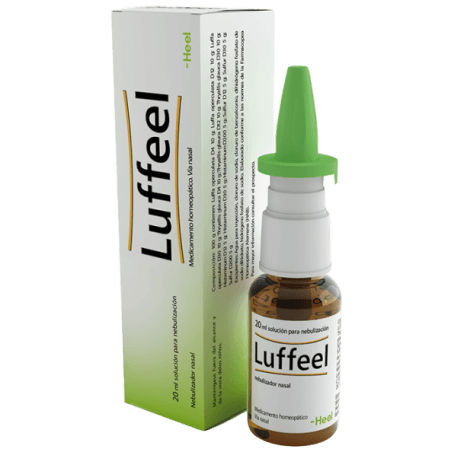 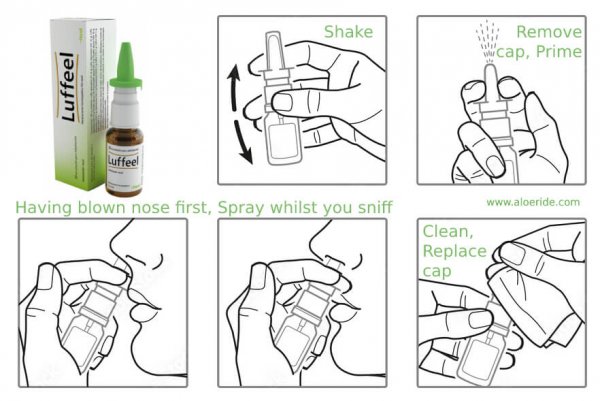 Luffeel Nasal Spray for the temporary relief of hayfever symptoms

If you suffer from pollen allergies (e.g. runny nose, sneezing and itchy eyes) and you are looking for a no-side-effects help, then use Luffeel Nasal Spray for the temporary relief of hayfever symptoms. Luffeel Nasal Spray is used in combination with Luffeel Tablets.

As to the question “does it work” for hayfever, yes it does… more often than not. The Luffa Nasal Spray and the Luffa Tablets are suitable for long-term use, there are no side effects such as associated with nasal corticosteroids and antihistamines. The efficacy of Luffeel Nasal Spray for the temporary relief of hayfever symptoms has been researched. In a drug monitoring study, concomitant administration of Luffa compositum Heel Lufeel Nasal Spray and Tablets was rated by over 70 % of 1,090 hay fever patients as either ‘good’ or ‘very good’ therapy.  In a randomised, double-blind clinical study of 146 patients suffering from seasonal allergic rhinitis the effectiveness of Luffa Nasal Spray was comared to that of cromolyn sodium* nasal spray over a six week period. Four to eight sprays daily per nostril of Luffa comp.-Heel nasal spray resulted in significant and lasting symptom improvement, equivalent to that of cromolyn sodium. Both medications were well tolerated.

The best way to use Luffeel is 1-2 months BEFORE pollen exposure, dissolve 1 tablet Luffeel under the tongue 3 times daily and DURING 1 tablet 3 times daily plus 1 spray in each nostril 3-5 times daily.

Luffeel Nasal Spray features Luffa operculata which is a decongestant that is indicated for coryza, the common cold and hay fever. It also contains Galphimia glauca, Histaminum hydrochloricum and Sulfur, all in several attenuations. The combination gives Luffa Compositum a decongestant action on the nasal mucosa which has a systemic effect on the mucous membranes of the entire respiratory tract, especially stimulating elimination of aspirated contaminants like pollen and facilitating air exchange in the lower respiratory tract thereby aiding breathing, and moisturizing the mucous membranes.

Kindly note that Luffeel Nasal Spray is sold in some other countries as Luffa comp.-Heel® Nasal Spray, their composition is identical. 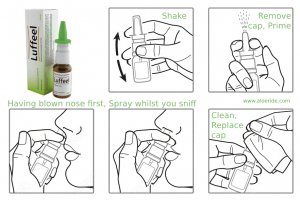