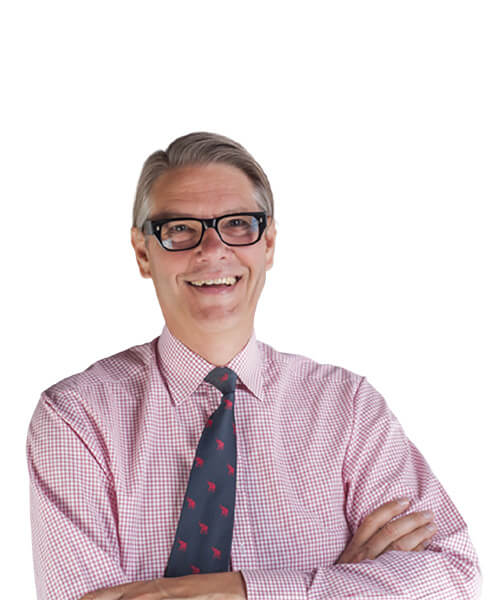 This webinar video exploring the Dr. Max Gerson way of healing started because those with serious illness could be helped enormously by understanding how the Gerson therapy works. Gerson therapy is a radical life style change that has been a life saver for many. Anything radical is much easier to handle when you know what it is you are doing and why it is you are doing it. Our aim is for you to grasp the blueprint. Understand that and you are in a position to make a better informed decision about what to do next. AVAILABLE ON BACK-ORDER ONLY, PRODUCTION STILL IN PROGRESS

This webinar video exploring the Dr. Max Gerson way of healing was made by Han van de Braak BSc LicAc MCSP MBAcC (Retd.) who is a chartered physiotherapist, registered acupuncturist and who ran an integrated medicine practice where applied physiology and biochemistry (of nutrition) were cornerstones. He was a member of the -then called- British Society for Allergy, Environmental & Nutritional Medicine. Dr. Max Gerson is one of his heroes. The webinar video takes some 60 minutes. There are no vested interests.

What does this webinar video cover

Serious illness is frightening and advice may be confusing notably if you are looking for a route other than, or in addition to, what is dictated by NICE Regulations. You may have heard about the Max Gerson way of healing and you may want to know what this entails. Precisely that is what this video webinar helps you to. This webinar video exploring the Dr. Max Gerson way of healing talks you through easy-to-understand diagrams. The aim is for you to grasp the blueprint. Understand that, and you are in a position to make a better informed decision about what to do next. You may decide that it’s not for you or you may decide to proceed with it, either is a respected decision. This is what the webinar will explain:

Uncontrolled cell growth is viewed in one of two ways. There is the genetic model which may place you in a victim role (bad genes, bad luck) and you are a recipient of treatment. There is the metabolic model which may place you in the driver seat and you are required to take ownership for recovery. Research focuses almost exclusively on the genetic model, there is little profit in the metabolic model. Where genetic and metabolic meet is in Epigenetics. This is the study of heritable changes in gene expression (active versus inactive genes) that do not involve changes to the underlying DNA sequence -a change in phenotype without a change in genotype- which in turn affects how cells read (or misread!) the genes. At least three systems including DNA methylation, Histone modification and non-coding RNA (ncRNA)-associated gene silencing are currently considered to initiate and sustain epigenetic change. You see, this is one reason why Dr. Gerson’s raw food dietary approach helps massively.

Is the ‘war on cancer’ going well 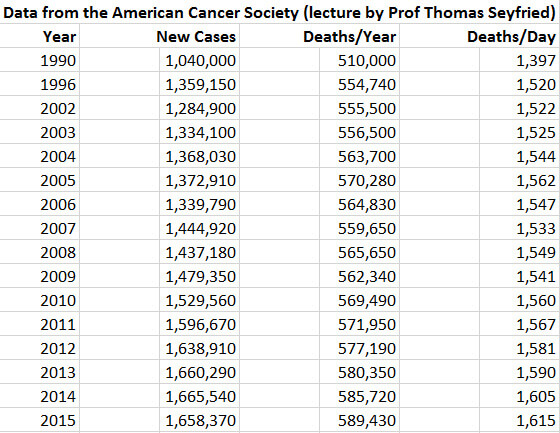 Year on year the spending on cancer research increases. In 2002 the National Cancer Research Institute spent £257 million on cancer research in the UK, by 2011 this had increased to £504 million. Year on year the spending on cancer drugs increases in all countries. Those who promulgate that ‘we’re winning’ point out that the increase in Deaths/Year (15.57%) is not as fast as the number of New Cases (59.46%). Other than in cancer, where would an increase from 1,397 to 1,615 Deaths/Day be considered winning a 25 year war? This webinar video exploring the Dr. Max Gerson way of healing is about the metabolic model.

Cancer research has carved an astonishing trajectory giving rise to a multi billion euro global network covering most domains of science and including all manner of research funders from industry to government and philanthropic funders. We have estimated that in 2004/2005 the global spend on cancer research was 14,030 million euros, with the USA, dominated by the NCI (c. 83%) accounting for the largest absolute spend. [Molecular Oncology, Volume 2, Issue 1, June 2008, Pages 20-32}

Andy Carr (Professor of Surgery at the University of Oxford) and his colleagues reviewed 53 trials of less invasive surgical interventions and found that, for half of surgeries tested, there was little sign that they were any better than placebo. The path forward is clear, says Carr: “We need to do the proper, definitive trials of surgical interventions where uncertainty about effectiveness exists. I don’t think people should be subjected to operations, particularly routine ones that are done in their tens or hundreds of thousands a year, if there is insufficient evidence for knowing whether they work. Risk to patients aside, it just means that we are wasting a hell of a lot of money” [Interview article When surgery is just a stitch-up  August 2017]

Another fair observation is that ‘washout’ periods in drug studies are now widely used. This means that before they choose the people that are going to be in the trial, they give everybody the drug, and the people that have side effects get excluded from the trial. By removing all the people with adverse reaction prior to drug trials, pharmaceutical companies ease Phase 3 Trial (purpose: efficacy and monitoring of adverse reactions). Many regard this as flawed science manipulating evidence for Evidence Based Medicine. After all, patients collecting drugs from their pharmacy don’t get that ‘washout’ safety net. Perhaps proof is what you make of it.

Documented medical proof is available of course (beyond the case records from Gerson Institutes) notably from Dr. Takaho Watayo MD (Professor of Clinical Medicine at Chiba Medical School and one of Japan’s most prominent surgeons and Subdirector of the Ohtsuna Hospital in Tokyo) and Prof. Yoshihiko Hoshino MD who healed himself of colon cancer with liver metastases over 24 years ago using the Gerson Therapy, and who since compiled records on over 500 cases of advanced cancer treated by the Gerson method. Professor Hoshino MD opened a Gerson Therapy medical clinic in Tokyo. There are Gerson Institutes in Hungary and Mexico. There is a Gerson Support Group in the UK.

Detractors of the Max Gerson therapy often quote the case of Jessica Ainscough (the wellness warrior) who in 2008 developed lumps on her left hand and arm. She was diagnosed with Epithelioid Sarcoma (ES), she decided to fight her sarcoma by relying on what she called natural alternative cancer treatments i.e. differing approaches, not just Gerson. ES is an extremely rare tumour affecting only one in every 2.5 million people. Sarcomas in general do not respond well to chemotherapy or radiation, which means they are harder to treat. Notably for ES, extended surveillance is indicated, because recurrences can appear after decades of quiescence (e.g. a false sense of security). Detractors assume that Jessica Ainscough would have lived longer with multimodal therapy (aggressive and repeated resection surgery, chemotherapy and radiation therapy). However, ES – especially advanced stage, recurrent, or metastasized disease – has been shown to be resistant to traditional cancer therapies. Despite multimodal management, the relapse rate remains high and recurrences tend to occur many years later following initial therapy. Reported local relapse rates are approximately 35%, patients with localized disease fare better compared to regional disease [5-year overall survival of 75% vs. 49%] and metastatic spread is seen in approximately 50% of patients (i.e. 5yr OS 49%). So perhaps this is not the fairest medical case to critique the Dr. Max Gerson way of healing with, not least because reportedly Jessica discontinued the Gerson Therapy in 2012 to pursue other therapeutic modalities. She passed away in February 2015.

Fair criticism is always healthy but Jessica Ainscough’s case merely hypes the media. An explanation of how medical research is funded may put the absence of randomised double blind, placebo-controlled clinical trials on Gerson into a clearer perspective… So click this sentence and listen to Dr. Peter Rost MD who was a pharmaceutical marketing executive.