Not many people appreciate that it is the repetition of words, of movements, of thoughts (in fact any new experience) that creates and strengthens neuronal pathways in the brain. It is how we learn and how we re-learn (overwrite garbage)… Mala beeds encourage repetition for Buddhists whilst, at our end of the pond, Roman Catholicism prescribes the use of Rosary beeds. Stepping over this cultural divide, both bead strings simply encourage repetition. Practice makes perfect but, oh my, be mindful of what the input is… The computing term GIGO (garbage in, garbage out) springs to mind because this is so very apt! The header picture is my own 108-bead Mala that ‘does the counting for me’ whilst I mantra, visualise and build new neuronal pathways. I’m neither a Buddhist nor a Roman Catholic, I am simply a pragmatists. A mala helps your brain build neuronal pathways, it’s a beautiful tool (Sanyamatma Andrew McNie restrung and Brahmagranti knotted mine).

In music you start playing a piece extremely slowly (creating a default neuronal pathway), and only once you can play it faultlessly at that speed, you gradually speed up to the composer’s tempo. You correctly build the desired neural pathways first, repetition embeds them deeper and deeper, and only then speed can be added. In gymnastics you cannot vault slowly first and then at the required speed, so in physical movement you break it down into components of movements (e.g. balance or strength or coordination). In meditation or in mantras all that matters is the repetition of words, the feeling these engender and the vision that accompanies them. Top sport uses this, top musicians do too and I want to talk here about how repetition will help your brain. It is called neuroplasticity, the ability of the neurons in your brain to compensate for injury and disease (e.g. stroke) and to adjust their activities in response to new situations (learning anything mental or physical) or to changes in their environment. Your brain is either your biggest supporter or your biggest adversary, and the liberating or depressing thing about this is, that ultimately it is your freedom of choice. I mean choice in the sense of Eleanor Roosevelt saying “No one can make you feel inferior without your consent”.

Other perhaps than for solely meditation (I like Transcendental Meditation), before you use a mala or utter a mantra, it’s useful to know what you ‘consent to’ and what you do not ‘consent to’. This is where a little homework like ‘mapping‘ clarifies what you want to reinforce with your brain. Map what you like, what you dislike; what you are good at, what you are not so good at. Map your dreams, hopes and aspirations instead of chasing fantasies. Many aspects of the brain remain changeable even into adulthood, you’re never too old for change. Such neuroplasticity occurs as physical changes to individual neurons, to how neurons link with one another (which is what is referred to in this Post) or to the brain as a whole (cortical remapping). Of course the longer (thus likely more as default) a GIGO pathway is embedded, the more challenging it may prove to overwrite it. But, where’s a will…

The difference between dreams and fantasies is that fantasies, if they’d come true, do not truly make you happy. A dream come true does. Mapping can help you know the difference.

If you find exploring yourself in such an analytical way difficult, then imagine that you’re looking at a friend, nine out of ten you’d mellow your criticisms, or deliver any that should be mentioned more gently, or praise when praise is due. Get the bearings (mapping) for your journey (building new neurons) as sorted as you can, only then use repetitions. Make sure that your actions are congruent with your desired goals. Fingering the mala/rosary, reciting a mantra and visualising you running a marathon without ever leaving the settee is called delusion. The faith I mention in my diagram is ‘I can’ and, for those who find that choice hard, or who let fear of failure dictate life, be inspired by the Rio Paralympics 2016 trailer. 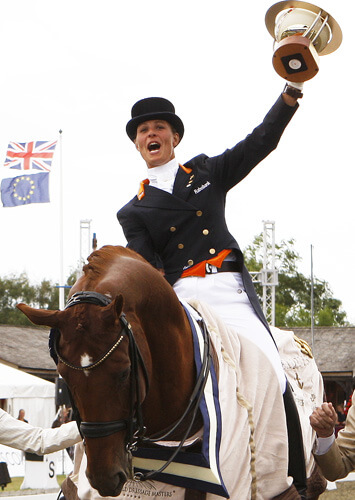 Yes it does. In the 1956 Melbourne Olympics, the Russian team won a total of 98 medals, 24 more Olympic medals than their closest rival (USA). They used hypnosis and visualisation… nowadays pretty much all top teams do. Soviet research was motivated by the observation of how Holocaust survivors were able to continually renew their strength in the harshest of times and the worst of treatment. In one of the most solid Russian trials on how the use of visualisation could lead to peak performance in sports, the Soviet researchers divided a group of top athletes into four groups that corresponded with the following training regimes:

Between these already top athletes, Group 4 had shown significantly greater improvement than Group 3. Group 3 showed even greater improvement than Group 2, with Group 1 giving the lowest performance. This is a straight forward example that using mental training i.e. using repetition of mantras and visualisation helps build neuronal pathways that physical training alone cannot generate.
At the 2012 National Dressage Convention at Hartpury, the Dutch dressage superstar Adelinde Cornelissen talked about her using such techniques even during her riding (referred to as moving meditation , in this case meditation on the hoof might be the better phrase). It is total immersion into what you are doing and is extrasensory communication with your horse. I know that our own Leah Beckett uses meditation/visualisation also. There are more things in heaven and earth, Horatio, than are dreamt of in your philosophy…

Too much of a good thing

Pacing the training your brain to make new neuronal pathways is no different from the pacing physical training needs. After my 108 bead(n) meditation in the morning, I have done my quota of relaxed/relaxing mental training and I’ll get on with my day. Limit how much you do in any one session because too much of the same input results in what is known as repetition suppression (Wedensky inhibition). Your brain switches off… so take a break, get the dosage right for you. All neurons that initially are responsive to a stimulus show a proportionally equivalent reduction in their response to repeated presentations of the same stimulus. We know that from functional MRI and EEG/MEG and neuron firing rates declining in one mechanism of ‘switching off’. If you do mental training for longer sessions, make sure you vary the input!

What to use as meditation mantras

Transcendental Meditation = your personal Sanskrit word linked to relaxation (Pavlovian conditioning, quick and effective).
Om Mani Padme Humn = never mind finer details, imagine a lotus growing forth from mud without being sullied by the faults of mud (grateful for redemption and growth).
The Ave Maria in Latin = imagine the wonder of benevolence speaking up for you “ora pro nobis peccatoribus, nunc, et in hora mortis nostrae”.
The Lord’s Prayer (King James Version) = I grew up with this and love it. Pater noster is the Latin KJV minus the doxology.
Affirmations = be very aware that affirmation without discipline is the beginning of delusion i.e. avoid that.