"we couldn't recommend it highly enough" 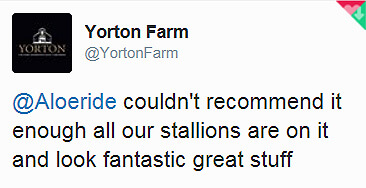 Yorton Farm Stud has been feeding Aloeride aloe vera to their roster of stallions since August 2014. We are very proud to supply them because Yorton Farm Stud is recognised as one of Britain’s fastest growing breeding operations. Their standing roster of stallions is in big demand with endorsements from Britain, Ireland and France. Some 300 mares visited the farm in the year before the October 2013. Cleanliness and attention to detail are crucial to the effective bloodstock operation. It is not just a mutual focus on outstanding quality that makes for our very good working relationship, Aloeride saves Yorton Farm a few thousand Pounds Sterling a year compared to what other aloe vera companies charged them before.

“Our attention to detail is where Aloeride came into it, we wished to ensure that stallions and mares receive outstanding digestive and nutritional support during breeding. Aloeride is perfect for this.” David and Teresa Futter, Yorton Farm Stud. 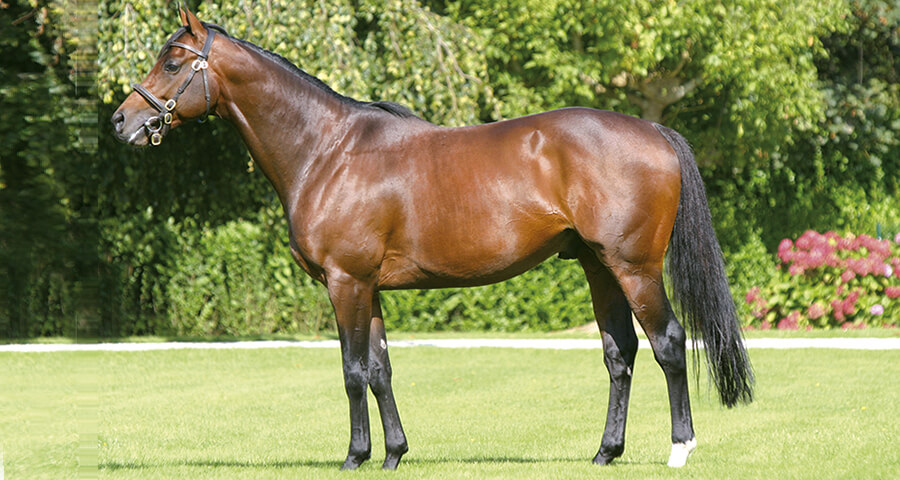 Yorton Farm Stud provides all that a boarding mare and foal could require. The stunning Victorian buildings have been converted into multiple stable units containing feed and hay mangers together with self–filling water troughs. The foaling units are spacious, fully ventilated, well lit and have constant CCTV monitoring. Surrounding fields are set up to be especially young stock friendly. Nearest the house and under close supervision are paddocks for mares and young foals, smartly divided with post and rail fencing. Yorton Farm Stud has a close working relationship with well renowned local equine vets. During stud season a vet is on site daily, meaning no aspect of a mare’s fertility cycle is overlooked. The picture on the left shows Gentlewave, Derby winning son of Monsun, already sire of 50% winners and runners over jumps in Britain and Ireland and four black type jumpers in Britain and France and standing at Haras Du Lion in 2018.

When there are many horses to look after, the issue of cost/horse/day becomes ever more important. We fully understand this. We save Yorton Farm a few thousand Pounds Sterling a year compared to what other aloe vera companies charged them before. If you have a Stud Farm or Racing Yard then try 4-cartons at 40% discount (ring 0044 1858 464550 for your coupon code). That was the advert offer in Thoroughbred Owner Breeder magazine that got Yorton Farm started. We have honoured the same discount for their shipper orders ever since. Yorton Farm Stud feeds Aloeride aloe vera and we hope your operation will decide to feed Aloeride too.