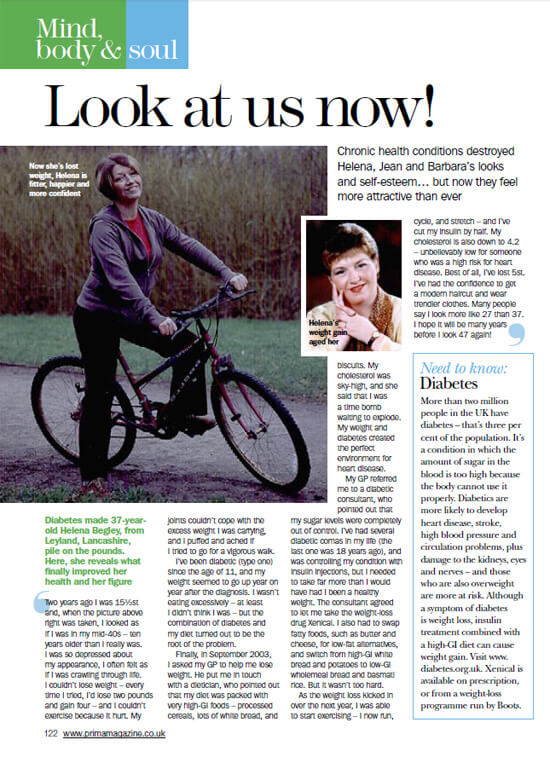 Inflammatory Bowel Disease (IBD) is the collective name for Crohn’s Disease (CD) and Ulcerative Colitis (UC). What CD and UC have in common is that they create open wounds in a dirty environment. Because you’re designed that way, there is nothing you can do about the latter. But you can influence your rate of wound healing. Inflammatory Bowel Disease suggestions encourage ulcers to close, this doesn’t change the disease per se , but it can make a big difference to daily life!

One of the curses of Inflammatory Bowel Disease is the diarrhoea which, in a warped way, is a blessing. Imagine formed stools ‘scraping’ past the open wounds! The pain and spasm are bad enough when less-than-solid matter passes the ulcers. Of course there is also the bleeding, the anaemia, the fatigue and not infrequently the depression that comes with feeling so rotten. The following Inflammatory Bowel Disease suggestions are advisory only, when in doubt ask your physician.

The suggested approach combines 4 things to help restore the integrity of the gut wall. That stops the pain when faecal matter passes, stops the reactive spasms (that in their own right cause pain), stops the bleeding and normalises the stools. It doesn’t change the auto-immune nature of Inflammatory Bowel Disease but it can help your day to day living with Crohn’s Disease or Ulcerative Colitis enormously. As Jean found out.

Click the image on the left to read the full, independent article in Prima Magazine (p2).

The World Health Organization concurs with the Hygiene Hypothesis, one prediction of which is that the rising rate of inflammatory disorders is due specifically to a paucity of infection during infancy. This in turn tunes the immune response in subsequent adulthood to a less pathogenic modality. When certain parasitic helminths infect you, they survive by evading your immuno-surveillance by switching off Toll like receptors (TLRs) and C-type lectin receptors (CLRs). People suffering from Inflammatory Bowel Disease are thought not to have had (much) exposure to helminths, consequently this symbiotic switching off hasn’t happened enough. Inflammation in the gut produces nitrate and nitric oxide radicals. These feed bad bacterial cultures like Enterobacteriaceae which further an already harmful bacterial balance. We recommend ParaRizol herbal oils to restore a healthier balance by killing off pathogens. There are no commercial helminth preparations on the market yet.

Despite clear evidence of an IBD gut dysbiosis, the use of probiotics for the treatment of IBD remains inconclusive. Faecal microbial transplantation is currently emerging as one of the more promising microbiome-modulating IBD therapies. At Harvard University, researchers followed 132 participants for one year and compared Crohn’s disease and ulcerative colitis patients to a control group of participants who did not have IBD. The results showed that during periods of disease activity, people with IBD had fewer microbially derived chemicals, which they speculated could be due to a combination of factors, including less-beneficial microbial metabolism, poorer nutrient absorption, higher levels of water or blood in the bowels, and more urgent bowel movements. These factors decreased the overall stability of the gut microbial ecosystem, leading to more episodes of improper immune responses and overreaction to the normal gut microbiome among IBD patients.

Specifically, during periods of disease activity people with IBD had higher levels of polyunsaturated fatty acids, including adrenate and arachidonate. The researchers also discovered that nicotinuric acid was found almost exclusively in the stools of patients with IBD and that levels of vitamins B5 and B3 were particularly depleted in the guts of people with IBD. If you want to read a little more about probiotics then click here.

The sooner the wall of your gut knits itself together again, the sooner life becomes more normal for you. The lady in the above article experienced this. Looking at natural wound healing, you may think of several herbs. Aloe Vera has been used externally for wound healing since Roman times. The right aloe vera can be used safely by mouth for IBD. For Inflammatory Bowel Disease you must use what is safe to use internally. Many aloe vera products contain laxative molecules (not all manufacturers are clear about this). Because with IBD you are at risk from diarrhoea already, ingesting laxative molecules would make your diarrhoea even worse. Use guaranteed latex-free aloe served in meaningful dosage to feed your body with the aim of repairing the gut wall. Other herbs such as Centella asiatica (gotu kola), Calendula officinalis , Echinacea angustifolia are known for their external use. Centella asiatica should be avoided by those with high cholesterol and diabetes, it increases sedation when taken next to medication that cause drowsiness, it may lead to miscarriage if used during pregnancy. Calendula and Echinacea are fine to use on the outside but not ideal for internal use in IBD. Calendula oil and Echinacea may cause allergic reactions in those sensitive to the Asteraceae  or Compositae  family (e.g. chrysanthemums, daisies, marigolds and ragweed). Out of the four herbs mentioned here, aloe vera is the safest to take internally providing you take the laxative anthraquinone-free variety (non-latex).

If you have Crohn’s Disease (CD) or Ulcerative Colitis (UC), then you know that stress makes it worse. Sometimes dramatically so. It happens because of the gut-brain axis. That is why everybody with IBD, using Aloeride in their management of Crohn’s Disease or Ulcerative Colitis or not, benefits from starting every day with a zero-cost breathing/relaxation technique that sets the tone for the rest of the day. Nobody’s life is exempt from challenges (with IBD you have a significant serving of those already) and this proven coping method  is too good not to include in your life. Why and how to do this is fully explained with our compliments. The benefits are known from proper research and how well you can relax (you increasing your parasympathethic nervous tone) can be measured in real-time via Heart Rate Variability Analysis.

Probiotics help to increase the quantity of good gut bacteria and in doing so, they affect how the bowel behaves. The problem for many people -even healthcare providers can get befuddled by it- is to know which probiotic to go for. It is a massive industry set to exceed 64 Billion US Dollars by 2023. Akin to what you could read in www.aloeride.com/when-aloe-vera-is-only-present-on-the-label/, not all probiotics are good or appropriate. So our view is to stick with tried and tested throughout the Ages remedies. The best probiotics in that sense is double fermented milk kefir (or double fermented yoghurt as used in the Specific Carbohydrate Diet). It has a key role in a singularly effective, broad approach that may not be aimed specifically at IBD , but these four tips from it specifically do.

For fullness of information, the lady in the Prima magazine article started Aloeride in 2004 which coincided with a very dramatic improvement in her quality of life until 2010 when she had the surgical intervention which statistics indicate 75% of Crohn’s Disease patients need. In 2004 contextual information wasn’t provided outside of the MD’s clinic. It is now. All of the above Inflammatory Bowel Disease suggestions are advisory only, when in doubt ask your physician.