Here is Victoria Bax Eventing Racehorse Retraining October blog post. Those of you who own ex-racehorses may well know of her retraining of racehorses clinics in Essex. Victoria is one of Aloeride’s sponsored riders. 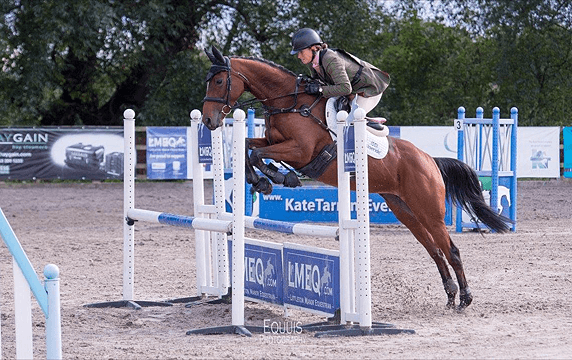 October saw the last 3 events of my season but the first 3 for Alberta’s Elegance who has had a very quiet year due to one thing and the other. Her first event was Little Downham up in Cambridge so just a mere 180 mile round trip this time! She produced a nice dressage test for 34, then a fair show jump round for her, this time feeling good to start with but then she lost confidence 3 from the end turning away from the collecting ring, causing a stop and then sadly 3 poles down. After a good effort napping at the start, as the start box runs alongside the collecting ring, we actually produced the best cross-country round to date. She felt much more confident and all questions were answered positively and there were some question being that it was a Regional Final course! Somehow, we managed to finally complete our first clear 90 cross-country course so I was over the moon. She still has an awful long way to go but small steps are good for me!

The following week saw us travel down to Littleton Manor in Reigate so a little closer for us. This time I had a new horse to run on behalf of a client of mine who bought a super schoolmaster earlier in the year to show her the ropes in British Eventing and give her some confidence. Unfortunately her first event didn’t quite go to plan as Zippie got rather excited by knowing what was coming next and she didn’t make it through the showjumping so she asked if I would take him to an event so she could see him run. I happily agreed as he really is a class horse! Although I flat school him once a week for her and I’ve show jumped him twice, I hadn’t taken him cross-country, but felt confident as he sure knows his job. Zippie warmed up beautifully for the dressage and performed a gorgeous test so I was a little disappointed to only score 32. We then jumped a nice show jump round sadly just breathing on a rail causing it to fall, but then jumped the most beautiful clear cross-country I think I have ever ridden. He sure is a machine on the cross-country and I thoroughly enjoyed myself! We managed to finish 13th which his owner was over the moon with.

Next up was Alberta’s Elegance, who performed a safe test in the dressage but sadly the judge didn’t agree and scored us very high leaving us towards the end of the section which I was very disappointed with. We then moved onto warm up for the showjumping which is a little awkward at this event as they only allow 5 riders in the warm up at a time due to the size of the arena, so this caused a few problems for some horses, including me! I did the best I could but was clearly not good enough as we managed our worst show jump round to date with 2 stops and a number of poles. The arena was on a surface with banners surrounding and a huge crowd of spectators watching on the surrounding bank, all of which proved a little too much for Alberta’s Elegance to cope with. The decision was made following that to withdraw and save her for another day. 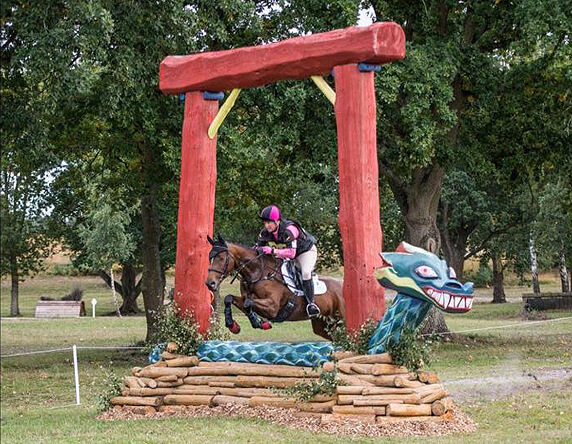 The following and final event of the year was an unaffiliated event at Tweseldown, so quite a trek for us but very worthwhile. Alberta’s Elegance produced a nice test for 31, followed by her best showjumping round to date with no stops but 2 rails down. The cross-country caused us a little problem though, having stormed out of the start box, we were cruising up until both water complexes which were quite spooky, both with fences to jump before and after the water itself. We stopped at both fences in front of the waters so at least we were consistent! We circled round and jumped them both the second time and completed the course. Although obviously disappointed with the stops, I was very pleased with how she dealt with the rest of the course as here were many many fences which were either brightly coloured or very spooky which she really could have stopped at but didn’t.

So plenty to like during the events she has completed this season but still much to work on over the winter too. One last trip onto a cross-country course followed the following week with Alberta’s Pride aka Frankie who has been off games for a little while due to a couple of injuries he has picked up which ended his season a little earlier than I would have liked, but that’s horses! As he has already enjoyed a few weeks off, he has been back in work and is fully fit again so I thought I’d take the opportunity while the weather is still dry to remind him of the cross-country phase before winter. Well, we had no problems there at all. He remembered everything he had already learnt and more including jumping some decent 3 and 4 fence combinations and jumping into and out of water. He is definitely one for next year, I am so excited! So with most of my horses on holiday I have started up my winter training clinics for others which are proving extremely popular and have been selling out within the hour as soon as they are advertised, which I am very grateful to everyone for supporting!

I will have a little time out myself now but will come back stronger next season after a winter of more training.
I can’t wait!

where our rating is Excellent 4.9