How to reduce the risk of equine influenza

You want to know how to reduce the risk of equine influenza? Whereas vaccination schedules are the preferred method of control (compulsory when competing under BHA, FEI and affiliated governing bodies), there is more you can do to reduce the risk of equine influenza. Host resistance and viral exposure is an old chestnut but, in isolating affected horses from healthy horses, you separate differing host resistances. Unsurprisingly, certain types of feed nutrients make it more difficult for a virus to infect a horse. A risk-managed return to racing will start on Wednesday 13th February.

UPDATE: The latest figures from the Animal Health Trust reveal that the number of recorded cases of equine influenza in June has now surpassed any other month since the start of 2019. As of 21 June, a total of 37 confirmed diagnoses had been made – February, previously the month with the highest number of outbreaks, saw a total of 35 diagnoses. The total number of cases since the start of the year has now exceeded 130.

We supply several competition yards that are all very keen on optimum nutrition. These yards look after horses that are frequently transported and mixed extensively (e.g. racing, training, sales, shows). They use Aloeride in their feed mix for many good reasons and have done so long before equine flu crossed anyone’s mind… Since the first case at Donald McCain and outbreaks in nine counties since, they are extra glad with the Aloeride! Because beyond contingency plans and robust containment measures, there is optimum nutrition. Below is explained how airborne equine influenza operates and how nutrition may help you; one sentence out of a Horse & Hound article (in bold below) has been broken up for me commenting:

★ “Once the virus has been inhaled, it invades the lining (epithelium) of the airway”,  From What Does Aloe Vera Do you know that aloe vera focuses on the health of epithelium. Your horse fights viral invasion at mucociliary level (enzymes and secretory immunoglobulin A) and, slightly deeper, basal layers contain a tight network of dendritic cells that sense and catch any invading organisms and bring them to the draining lymph nodes to generate the adaptive immunity. Airway mucous (i.e. muco in mucociliary) is a complex of mucins, electrolytes, enzymes, protein defenses that immobilise, destroy and remove noxious particles, foreign bodies and invading microorganisms. Such guns can be loaded and fired with the ammunition that is optimum nutrition.

★ “which becomes inflamed, producing a very sore throat and a nasty cough”  From What Does Aloe Vera Do you know that aloe vera has molecules with cooling properties. Are such molecules preserved during processing and what dosage is given to the horse… Each sachet of Aloeride contains 2,000mg (i.e. 400ml equivalent) of Soil Association Certified Organic aloe vera barbadensis miller. So yes, that’s nearly ½ litre every day of the best in class. In uncomplicated cases horses should recover completely and return to athletic function within three to six weeks of infection.

★ “This damage causes patches of the membranes (lining the airways) to ulcerate”,  From What Does Aloe Vera Do you know why aloe vera is so superbly good at swiftly fixing the breached epithelial areas. For complicated cases horses may need up to three months of rest. Horses that develop secondary bacterial infections require longer convalescence still, also they have a more conservative prognosis for return to athletic function due to damage to the lung tissue (e.g. fibrosis). That is why reducing the chance of ulceration is so valuable and optimum nutrition can help with this.

★ “which disrupts the clearance of mucus and debris from the airways. Bacteria invade these damaged areas leading to further infections.”  Optimum nutrition (good feed enhanced by for instance Aloeride that supports feed nutrient uptake in addition to providing its own unique spectrum of nutrients) makes it possible for an immune system to fight robustly. Airway mucous can defend against viral invasion if horses ingest a wide(r) spectrum of electrolytes (note that these are necessary to build complex enzymes), a broad(er) spectrum of amino acids, and of course vitamins. Whereas even the most average racehorse is treated like a prince, keeping its nutritional intake & uptake apace with its nutritional expenditure during training and racing is a challenge. If supplementation is narrow, some electrolyte levels may remain low and, if this goes undetected (serum Zinc for instance is the poorest indicator to detect deficiency whereas sweat Zinc is the best), then performance gradually will suffer.

In the September 2018 issue of Frontiers in Microbiology research was published that in vitro test revealed that aloe vera polysaccharides could inhibit the replication of a H1N1 subtype influenza virus. The most obvious inhibitory effect was observed in the viral adsorption period (so that’s where the equine flu virus tries to venture past the mucociliary barrier). Transmission electron microscopy indicated that aloe vera polysaccharides directly interacted with influenza virus particles. These long and very long chain polysaccharides are absorbed into the bloodstream intact and flow from the gut to the point of nasal entry. Notably the 2.0×106 and the 1.0×106 fractions are immune modulating. Buyer beware of the huge differences between aloe vera products and obviously the dosage is of paramount importance.

Humans get infected with influenza A (H1N1) or its mutation 2009 H1N1 (the latter caused the first influenza pandemic in more than 40 years). The virus that currently circulates in horse populations is subtype A2 (H3N8) with an earlier subtype A1 (H7N7) now believed to be extinct in horses. Vaccination revs-up immune cells solely for the viral strain that was contained in the vaccine: H7N7 vaccines do not work optimally for the H3N8 virus, and H1N1 vaccines do not work optimally for 2009H1N1. What is rarely mentioned is that free-radical induced pathogenicity in virus infections is of great importance.

It is racing and competition yards that want to know how to reduce the risk of equine influenza (equine flu). Theirs are young susceptible horses that are frequently transported and mixed extensively. The entry point of the A2 (H3N8) strain is the upper respiratory tract. In humans, ultra-marathon training and competing seems to lead to a depression of the immune function with an increased prevalence of infections of the upper respiratory tract… So what is it with über fit humans and über fit horses that renders them vulnerable to infection? Changes in redox homeostasis in infected cells are one of the key events that is linked to infection with respiratory viruses and linked to inflammation and subsequent tissue damage. In case you have not heard of this before, redox biology embraces events involving shift of balance between reactive oxygen or nitrogen species (ROS and RNS, respectively) production and their scavenging.

In a horse, equine flu viral subtype A2 (H3N8) + nasal nitric oxide (which normally increases the uptake of oxygen into horse’s blood) produces highly reactive nitrogen oxide species, such as peroxynitrite. This suppresses type 1 helper T cell-dependent immune responses during infections, leading to type 2 helper T cell-biased immunological host responses. An i2-skewed milieu is also created by grouped aberrant cells, which allows them to escape eradication by type 1 immunity… i.e. a shift from TH1 to TH2 helps the equine flu virus venture past the mucociliary barrier. How might you stop that from happening? By feeding the antioxidant cascades! Both glutamine and vitamin C are known to have beneficial effects on upper airway infections in ultra-marathoners. For the vets among you, the intake of vitamin C does not lead to a change in various infection parameters such as immune cells, interleukins, or interferon (Nieman et al., 2002). Nor does the intake of aloe vera necessarily, but both translate into a lower susceptibility to infection.

Free radicals (reactive oxygen species ROS) are rendered harmless by the electrons donated by vitamin C which, in turn, becomes a (less harmful) vitamin C radical. Then vitamin E donates an electron to the vitamin C radical (restoring it back to a healthy vitamin C) and you’re left with a (lesser harmful still) vitamin E radical. As you can guess, glutathione now donates an electron to the vitamin E radical. Your horse needs glutamine, glycine and cysteine to make glutathione. Training and racing use up these protective nutritional resources. The concentration of glutamine in the blood is reduced by up to 20% after an ultra-marathon (Castell and Newsholme, 1997) which means that less redox protection is available for the upper respiratory tract. Makes a competition horse a ‘welcoming’ host for subtype A2 (H3N8).

Aloe vera contains 7 out of the 8 dietary essential amino acids (Isoleucine, Leucine, Lysine, Methionine, Phenylalanine, Threonine, Valine, there’s no consensus on Tryptophan yet). Aloe vera contains 12 dietary non-essential amino acids (Alanine, Arginine, Asparagine, Cysteine, Glutamic Acid, Glycine, Histidine, Proline, Serine, Tyrosine, Glutamine, Aspartic Acid). With Aloeride feeding 2,000mg = 400ml per serving, you would need to add a daily dosage of natural vitamin C as part of the feed mix. All three of the horses affected at McCain’s stable had been vaccinated which prompted immediate concern that a new strain of the equine influenza could spread rapidly through the racing industry. Perhaps an open minded review of the feed mix could advance how to reduce the risk of equine influenza.

How to reduce the risk of equine influenza

We have assumed that, beyond the above advice on how optimum nutrition could be useful in equine influenza, you know the general advice given on equine influenza. Still, it doesn’t hurt including the BHA endorsed Animal Health Trust advice in this webpage:

The role of nutrition is nowhere to be seen in the official communiqués about equine influenza. We champion the view that, if you feed your horse the nutrients and antioxidants that fight off viruses, you thereby reduce the risk of equine influenza. The fact that all three of the horses affected at Donald McCain’s yard had been vaccinated prompted immediate concern that a new strain of the disease could spread rapidly through the racing industry. It prompted me to write about what competition yards and racehorse owners may want to consider beyond vaccination. Nutritional suggestions may inconvenience those who promote animal health and welfare by assuring the safety, quality and efficacy of veterinary medicines.

Update from BETA’s Philippa Macintosh on 13/02/19: “The British Equestrian Federation (BEF) notes the latest update from the Animal Health Trust (AHT) that there have been three further positive tests for equine flu in Kent, Derbyshire and central Scotland. Although there have been a relatively small number of positive tests from the thousands of samples taken by the AHT, the BEF continues to urge horse owners to be vigilant for symptoms of equine flu and to call their vet if they think their horses are showing signs. Vaccinations are vital in tackling the spread of the disease so all owners must ensure that their vaccination records are up to date, and if it’s been longer than 6 months since the last vaccination we recommend discussing a booster with their veterinary surgeon. The BEF also notes that the AHT reports that in all 3 cases, the horses that tested positive were recently imported from Ireland or had had contact with other recently imported horses. Therefore the BEF asks owners to consider that any contact with recently imported horses represents increased risk as there have also been outbreaks of equine flu in other member states including France and Germany. All owners should follow veterinary advice by isolating any recently imported horses for a period of at least 21 days.” 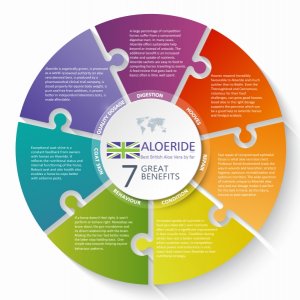